Speaking Out about Parental Alienation – His Story

Hello and welcome to the first of two special blog posts – let’s give it up for the parents!

Knowing the facts about parental alienation is all very well and good, but we need more than that to incite any sort of change. Empathy is an incredible, mind-altering tool at mankind’s disposal, and yet it’s all too easy to let it drop in times of immense stress. Wouldn’t stepfamily life be so much easier though if we could take a minute in each others’ shoes?

This is why speaking out about parental alienation, and really hammering home the damage it causes to children and parents, is so important. Empathy bred through knowledge.

I’ve spoken to two fathers who have suffered the effects of parental alienation. Both of them had their access to their children restricted or altogether removed for periods of time. It’s enormously emotional, and there are some golden pieces of insight and wisdom in what they’ve said which I hope will help other families going through a similar ordeal.

The first is Dadvocate, a father speaking out anonymously about ending his marriage, the difficulties he faced thereafter (including maintaining contact with his daughters), and the happiness he has now found within his new relationship.

The second is a story close to my heart, which will follow at the beginning of next week.

I must stress that it isn’t only fathers who have to cope with parental alienation – mothers do too, and in fact I had a conversation with one such woman recently. Her situation is too raw to publish, but I would love to hear from anyone with their own parental alienation story they would like to share. Message me here if this is you.

Dadvocate raises awareness of emotional abuse within relationships. He talks very openly about his own mental anguish, and about the difficulties faced by people breaking out of unhappy marriages, maintaining contact with their children following divorce, and rebuilding their lives.

He also provides thought provoking commentary about the inconsistencies in the legal system when dealing with the parental rights of fathers (and non-resident parents). It’s no great stretch to see how the law falls behind as family units change; with fathers becoming ever more present figures in the home and taking on more of the child rearing responsibilities, same sex couples slowly being afforded the rights of straight couples, and marriage falling out of favour with the youth.

The fact that the system is outdated is largely accepted by the legal profession. Unfortunately, however, any change is up to the political establishment. It is my hope that people like Dadvocate, who are tirelessly raising awareness, can prompt the public support needed for such change.

Huge thank you to Dadvocate for answering these questions for me. You can hear more from him on his podcast (available on Spotify, Apply Podcasts and others), on Instagram, and via his website.

**This is intended to be a one-sided account of a father’s experience of parental alienation. There are always two sides to every story, but the purpose of this article is to raise awareness of the very real dangers of attempting to turn a child against a parent.**

Dadvocate’s backstory involves a lengthy lead-up to the marriage breakup: infidelity, control, dissolving of respect, and mental health concerns. It was through therapy that Dadvocate regained his confidence, and came to terms with how unhappy he was. The epiphany to end his marriage happened one morning, when he suddenly realised that the only thing worse than leaving, was staying.

Dadvocate ended his marriage one evening in 2015, and by the next day his wife had packed up his belongings and thrown him out of the family home.

In the negotiations which followed, Dadvocate found that his children were being used as leverage for money and revenge. His access was withheld to the point that his missed them so much and was so desperate to see them, he conceded on points which he feels that he shouldn’t have done in hindsight.

He would be told what he had to do in order to see his daughters, only to have the goalposts moved once he’d done what was asked of him.

Please can you describe the alienating behaviours your Ex exhibited after the end of your marriage? (readers – see my article here for CAFCASS’s list)

Bad mouthing is obvious when it happens as it usually results in my eldest becoming more clingy and affectionate when she comes to me, as if she is being protective.

The undermining was interesting. My ex would undermine the arrangements I made for our daughters, so that when I arranged for my parents to collect them from school (as they always used to) she would say to the children that they shouldn’t be doing so. This resulted in my children feeling insecure. She would then say to me that our children didn’t want to be picked up by their grandparents and that they wanted to be picked up by me only. By acting in this way and saying these things to me, my ex was suggesting I was unable to care for them and couldn’t be there when I needed to be.

The double standards were then obvious when she was getting her sister and their friends to collect my daughters on days when she refused to let them come to me. And on this note, she would come up with many excuses to not agree shared parenting and in order to reduce my contact.

Say you miraculously got through to your Ex one day (seems impossible I know, but humour me…), and she was open to understanding your point of view, what is the one thing you would like her to take away about parental alienation and the effect it’s had on your family?

“If we criticise each other then we are criticising part of them!”

I think I would say to her what I said to her at the time: We are their parents, neither one of us is more important than the other; they are our children, we made them and they both need us in their life no matter what we think of each other. If we criticise each other to them then we are criticising part of them! Refusing to cooperate or communicate just hurts them.

I understand that you have a positive relationship with your daughters now – is there anything you did which you feel helped that along?

“I didn’t want to be a popularity parent.”

Have you ever been tempted to fight fire with fire and turn your daughters against their mother? If so, why, and if not, why not?

Of course I have, who wouldn’t? It would be so easy to retaliate! It takes strength and courage to rise above such behaviour and not engage, especially when you think it is being very effective and you are on the receiving end. Divorce can be long and tiring and you can lose sight of your morals in the midst of such adversity.

“I have always focused on the theoretical scene ten to fifteen years from now when I am sat with them in a pub listening to what they think about what happened and what we did.”

I have prided myself on never engaging with this. I have never bad mouthed their mother to them, never undermined her, in fact I have gone out of my way to ‘support’ her parenting and even help our daughters cope with her behaviour.

I have always focused on the theoretical scene ten to fifteen years from now when I am sat with them in a pub listening to what they think about what happened and what we did. I don’t want to hear them tell me how they remember me being bitter and vicious about their mother and how they felt used. I want them to say to me how they remember I was just a dad to them: helping them with their homework; telling them off for making a mess; nagging them about table manners; being silly with them on a Saturday morning…

Do you have any words of comfort for people going through what you went through?

Always remember; your children love you and you love them. You have a bond with them you cannot break. Being kept from your children is horrendous but they will still love you. Their love is not proportional to the amount of time you spend with them. Never forget that.

Everything will pass, and tough times do not last forever. If your children are being alienated it may take time but they will discover the truth one day and come back to you.

You can read my last article, discussing what parental alienation (and Parental Alienation Syndrome) is here. 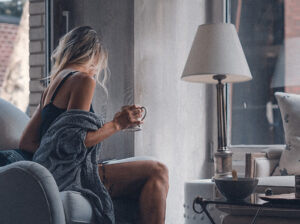